JACK GRAHAM and BILL FORTNEY are two of America’s top professional photographers. A combined 65 + years of experience as workshop leaders, stock and fine art photographers and speakers have earned them both singularly and reputation as a world-class photographers and teachers

Having conducted workshops together for many years Jack & Bill have refined their individual and combined presentations to be instructive, inspirational and motivational.

Both Jack and Bill have conducted events, workshops and programs for groups literally all over the world and are well known to the photographic community. Both have been recognized by the Fujifilm Corporation as “X” Photographers. Though users of FUJIFILM cameras and lenses, Jack & Bill believe it’s the photographer, not the equipment that makes images standout.

Both Jack’s and Bill’s knowledge of the creative process, their relaxed and genuine style and ability to communicate make their presentations truly outstanding. 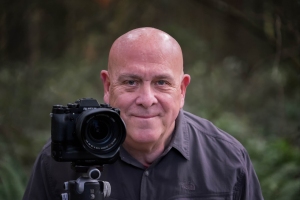 Jack Graham is a professional photographer with over 24 years of experience. Jack resides near Seattle, Washington, in the heart of the beautiful Pacific Northwest.

Jack has been successful in publication, speaking and stock photography as well. Jack’s successful E Books are available on his website.

Jack uses exclusively Fujifilm “X” series cameras and Fujinon Lenses. Jack has been named as an “X” Photographer by the Fujifilm Corporation. Jack’s images have been used extensively by Fuji for commercial and promotional purposes.

Jack is a past member of the Board of Directors of NANPA (North American Nature Photographers Association; Mono Lake Committee, & SUWA (Southern Utah Wilderness Alliance).

Jack can be contacted for workshops, print sales as well as speaking engagements via E-Mail at jack@jackgrahamphotography.com

Bill Fortney is a photographer, writer, pilot, and highly sought after presenter with over 48 years of experience in-the-field.  Bill has done professional work as a newspaper and magazine photojournalist, sports photographer, (once an official photographer for the Washington Redskins), medical photographer, and nature/landscape photographer.  Bill’s best selling books include;  The Nature of America (with David Middleton), American Vision (with David Middleton, John Shaw and Wayne Lynch),  America From 500 Feet (with Wesley Fortney),  Bill Fortney’s Great Photography Workshop.  America From 500 Feet II (with Mark Kettenhofen).  Bill’s books have sold well over 150,000 copies, placing him on the list of best selling photographer/authors in America.  In addition Bill has authored over a dozen eBooks.  Bill has been named a Fellow by the North American Nature Photographers Association.

Bill currently teaches for KelbyOne as a speaker/teacher.  Bill teaches His Light Workshops, a Christian based workshop company and with Jack Graham Photography Workshops.   Bill has been named as a X-Photographer by Fujifilm and use the Fuji X-System.  You can learn more about Bill, his workshops and view his work at: www.billfortney.com

Bill, and his wife Sherelene, live in Corbin, Kentucky, and have three grown children and 6 grandchildren